505 Games, the publisher behind games like the yet-to-be-released Payday 3, Control, and the PC version of Death Stranding Director’s Cut, held its first-ever games showcase today. The event revealed three new games and a quick look at Eiyuden Chronicles: Rising.

It began with Among The Trolls, a new folklore survival game, then Stray Blade, a magic combat action RPG, and then a look at Eiyuden Chronicles: Rising, which was released last week, before ending with a quick tease of a game called Miasma Chronicles, developed by Mutant Year Zero developer The Bearded Ladies.

Let’s break each of the new games down: 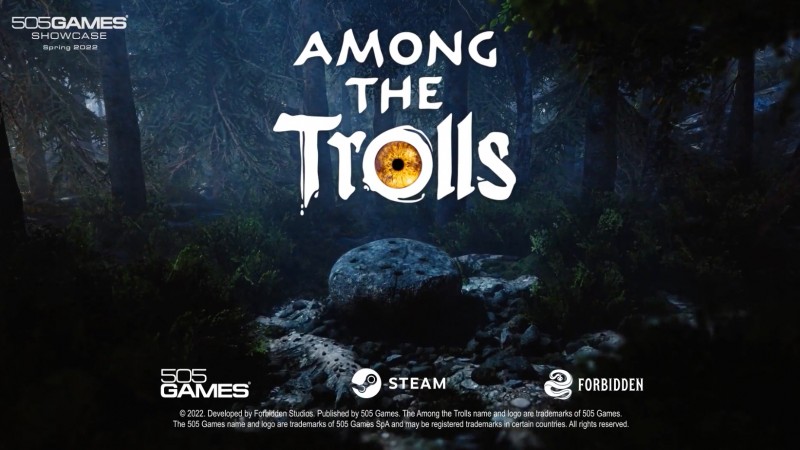 The trailer for Among The Trolls sets up this survival game as somewhat spooky, or at least mysterious. Your goal is to survive in a forest that’s home to creatures of folklore like, well, trolls. The main character recalls that their grandmother told them every forest, meadow, and lake has its own kind of folk and that you must keep those folk happy by sacrificing something to them. After moving away to the U.S., through specific circumstances, you’re brought back to your grandparent’s house in Finland. Before arriving, though, a giant sea monster crushes your boat and you awaken in a forest, unaware of where you are or why you’re there.

Given it’s a survival game, the first thing you need to do is find a way to survive and that’s where traditional genre elements like crafting come into play. Of course, with the folklore twist in Among The Trolls, simply surviving won’t be enough – you’ll need to keep the creatures that call the forest home happy and you’ll need to figure out exactly how to do that. 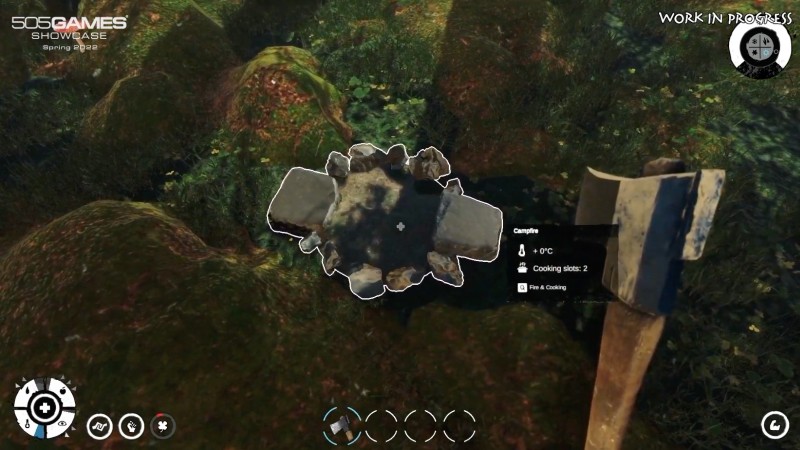 Among The Trolls is being developed in Unity by Forbidden and will be coming to Early Access on Steam sometime in the future. 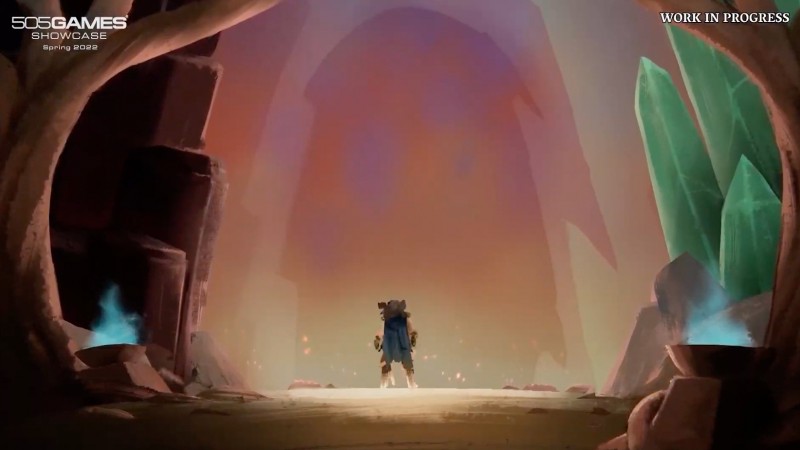 Stray Blade was the second game revealed in today’s showcase and in it, you play as an anthropologist from another land who explores the ancient ruins of a mysterious civilization. In doing so, you accidentally break a 1000-year-old spell that blocks a valley to an unknown civilization separate from the plane you currently call yours. There, you encounter a small wolf-man character who becomes your companion. Together, you must uncover and explore Acrea, which has seemingly become your new home since you can’t leave until a bunch of magical shards embedded in your chest are removed. 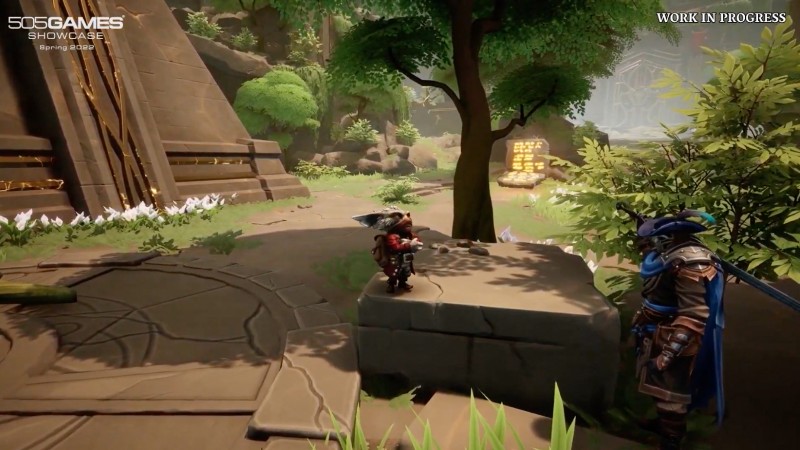 Acrea features many different biomes – a desert, a forest, a frozen tundra, and more – and you must survive in each while dodging the pointy end of arrows and more from warring factions. There’s crafting and plenty of magic-based combat. You’ll be able to give it a go when Stray Blade goes into beta on PlayStation/Xbox consoles and PC sometime this year. 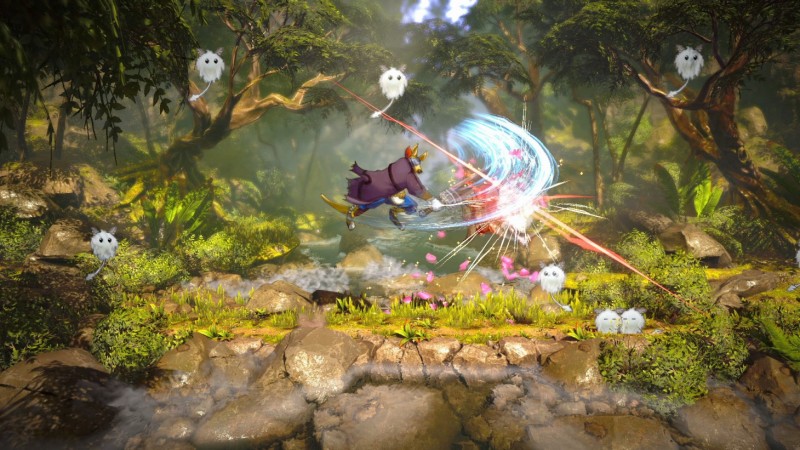 Since this game is already out, there’s really no point going over what was discussed about it today, but hey, you can read Game Informer’s Eiyuden Chronicles: Rising review right now. 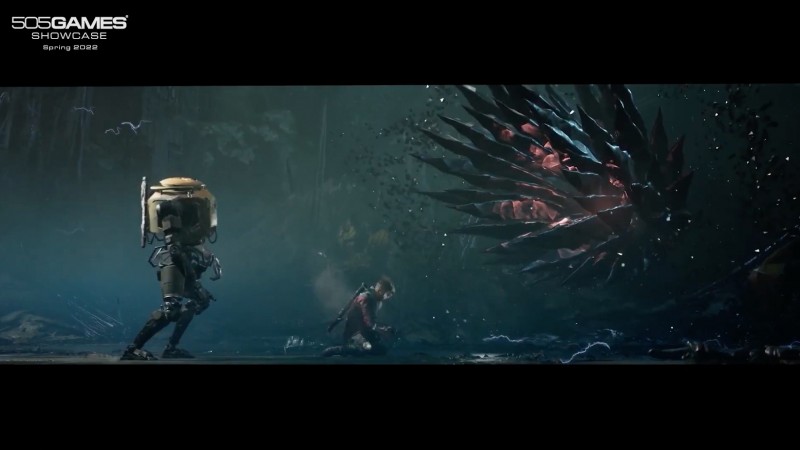 Not much was shown or discussed in regards to Miasma Chronicles, which is being developed by Mutant Year Zero developer The Bearded Ladies, save for a nice-looking, cinematic CGI trailer. In it, we see a young protagonist with a fun human-sized robot companion attempting to use magic to either control, contain, or enter, a strange, black portal. Diggs, the robot, warns the protagonist against it, but the protagonist pushes forward anyway, using a special magic-wielding glove from his mom to interact with the portal. As for why, it turns out he believes his mom is on the other side of the portal and that’s why he’s trying to go through it. A release window was not given for Miasma Chronicles.

And that’s everything shown during today’s 505 Games Showcase.

Did you watch the 505 Games Showcase? Let us know what you thought of it in the comments below!