Hello and welcome to the latest edition of the Giant Bomb Community Spotlight! I, @zombiepie, am once again honored to be your host as we look back at the best community-created works from the last week. Whelp, there were a number of big stories about the site worth review so, let’s start simple. Season One of Run For The Hills wrapped up and what a wild ride it was! Huge props to Jess and Jan for seeing the first Silent Hill game through to the end and providing hours of priceless content as a result.

Speaking of premium content announcements, Jan and Matt Shipman have started a new season of Armed and Rangerous! Additionally, the big news a lot of people are excited about involves JeffJeff’s Bizarre Adventure, which is a new podcast series which looks at all of the anime adaptations of JoJo’s Bizarre Adventure with special guest, Eyepatch Wolf. You can also watch the first batch of episodes on Spotify, Apple, or RSS Feed.

Finally, Rorie has a pretty important Fire Bomb Side Chat update. For those of you that used your PayPal account prior to January 4 or so to buy premium, your renewal will most likely be declined. Read why that’s the case, and get caught up with other site-related news by clicking the link!

I was curious, so I scraped the Giant Bomb API.

I know I shared this artwork last week, but it’s always nice to promote blog or forum postings of community-created art so they get the attention they deserve. Regardless, Kone had a hand at making some NFT extrapolations of the Giant Bomb staff and I think we can all agree they need to be burned at the stake for it.

Let’s Kamigawa With Another Magic Arena Tournament! (By: @rorie)

REMEMBER Giant Bomb community! You have until MONDAY the 21st of February to sign up for Rorie’s Magic Arena tournament! Get all of the details by clicking the link above! Also, he’s giving away a signed copy of a book to whoever wins!

Superliminal Is The 4th Selection Of The UUGPGC! Completion Target Is 2/28/22! Mark All Spoilers! +

Deedlit In Wonder Labyrinth Is The 3rd UUGPGC Selection! Spoilers Are Now Open! (By: @bigsocrates)

Superliminal is the fourth game for the Giant Bomb community Unsanctioned Unofficial Game Pass Game Club! Join the non-spoiler discussion about the game NOW! Spoilers will begin on 2/28/22! Also, don’t forget that Record of Lodoss War-Deedlit in Wonder Labyrinth- is the previous game for the community Game Pass Club! If you still have yet to share your thoughts about the game use the second link.

Returning To Pokémon After Literal Decades With Legends Arceus (By: @mooseymcman)

MooseyMcMan hasn’t played a Pokémon game in a decade and they share on the forums why Pokémon Legends: Arceus is the game to change that and what they think of the series attempt at the open-world format.

We have a case of “Mission Accomplished” for Jeff Bakalar as Giant Bomb community member Daavpuke is starting to get into pinball and if you click the link you can read about some of the “classic” pinball games they have played recently.

As is tradition, moderator Mento has a smattering of blogs worth checking out this week! First, they played A Rose in the Twilight as part of the latest episode of their “Indie Game of the Week” series and you can read why the game’s clumsy platforming really got under their skin. Also, Mento has another episode of their 64 in 64 series! Read how 64 minutes of Kirby 64: The Crystal Shards, F1 Racing Championship, and South Park Rally shook them to their core!

What’s the Greatest Video Game: Gravity Falls: The Secret of the Gnome Gemulets +

t’s time to tackle the world of television-to-game adaptations with imunbeatable80’s latest “What’s the Greatest Video Game” blog! Use the link below to discover if they think Gravity Falls: Legend of the Gnome Gemulets is worth playing! Likewise, it’s time for some whimsical fantasy adventuring with look at Rune Factory 4! However, this time around they let their wife have a go at reviewing a game!

The Quest For The Worst Adventure Game Puzzles Ever Made – Loom (Let’s Play Music Instead Of SCUMM!) +

The Quest For The Worst Adventure Game Puzzles Ever Made – Atlantis: The Lost Tales (Let’s Talk About Myst Clones!) (By: @zombiepie)

Moderator ZombiePie has TWO deep looks at the different schools of thought in puzzle design with looks at Loom from LucasArts and Atlantis: The Lost Tales! See if they enjoyed the music-based adventuring of Loom or the Myst-like game of Atlantis. I’ll give you a hint: Atlantis is butt.

Elden Ring is almost upon us! How many Giant Bomb community members have already pre-ordered the game? Have you already decided on your starting class or playstyle? Join the community hype thread by using the link above!

The Nintendo Wii U And 3DS’ eShop Are Going To Shut Down By Late March 2023 (By: @gtxforza)

It’s the biggest news to come out this week: on March 2023, you will no longer be able to make eShop purchases for the Wii U and 3DS. Share how you feel about the news, and its impacts on game preservation.

Thoughts On The Uncharted Movie? (By: @dpep56)

Will You Be Jumping Into Cyberpunk 2077’s With The Next Gen Update Out? (By: @colonel_pockets)

Are there any community members interested in checking out Cyberpunk 2077 in light of the PS5/XSX update? For those that already own the game are you thinking of returning? Share why or why not!

Are Videogame Stories Too Simple? Should They Be More Complex/Philosophy Based So They Can Be Taken Seriously? Specifically AAA. (By: @topcyclist)

AAA games are in a bit of a weird spot, but do you think the storytelling for AAA games needs to become more complex or serious for the medium to be taken seriously? Vote and discuss you stance with the rest of the community!

So Netflix Just Announced A Bioshock Movie (By: @spacemanspiff00)

It appears Netflix is planning to make a BioShock movie! Are you surprised by this pick-up? Do you think the film will deviate from the games? Should it? Should this even exist?

What Review Score Would You Give Dying Light 2? (By: @mockshaun)

For those of you that have played Dying Light 2: Stay Human, what review score would you give it? Where do you stand in terms of reconciling the game’s bad story with its relatively fun game play? Share your take by voting for and discussing your score!

Has Anyone Read Any Good Modern Fantasy/Sci-Fi? (By: @sombre)

What Are Some Quality Mobile Games Right Now? (By: @sombre)

Do any on you have mobile game suggestions? What are some good mobile games for a long commute? Can you think of any recent mobile games that scratch the itch as handheld games? Share them here!

A trailer recently dropped for Nebulous: Fleet Command! Most community members are talking about how the game looks complicated as all heck! Whether you agree or not, share your early impressions.

Mento took the time to go back to their 2020 GOTY list and edited it to include a handful of titles from that year they only recently got around to playing! Give it a read and think about updating your own lists just like they did!

Are there any comic book fans in the community? I ask because captainofthestars is trying to create a complete list of “Marvel Characters with Terrible Fathers” If you can think of anything that they missed, drop a comment!

Guise of the Deceiver

This might seem like a weird wiki page to highlight, but as you might have seen in the Tweets section, this object page marked Marino’s 7500th wiki page he’s created on the site! Give him a hearty round of applause for all of their hard work on the site! 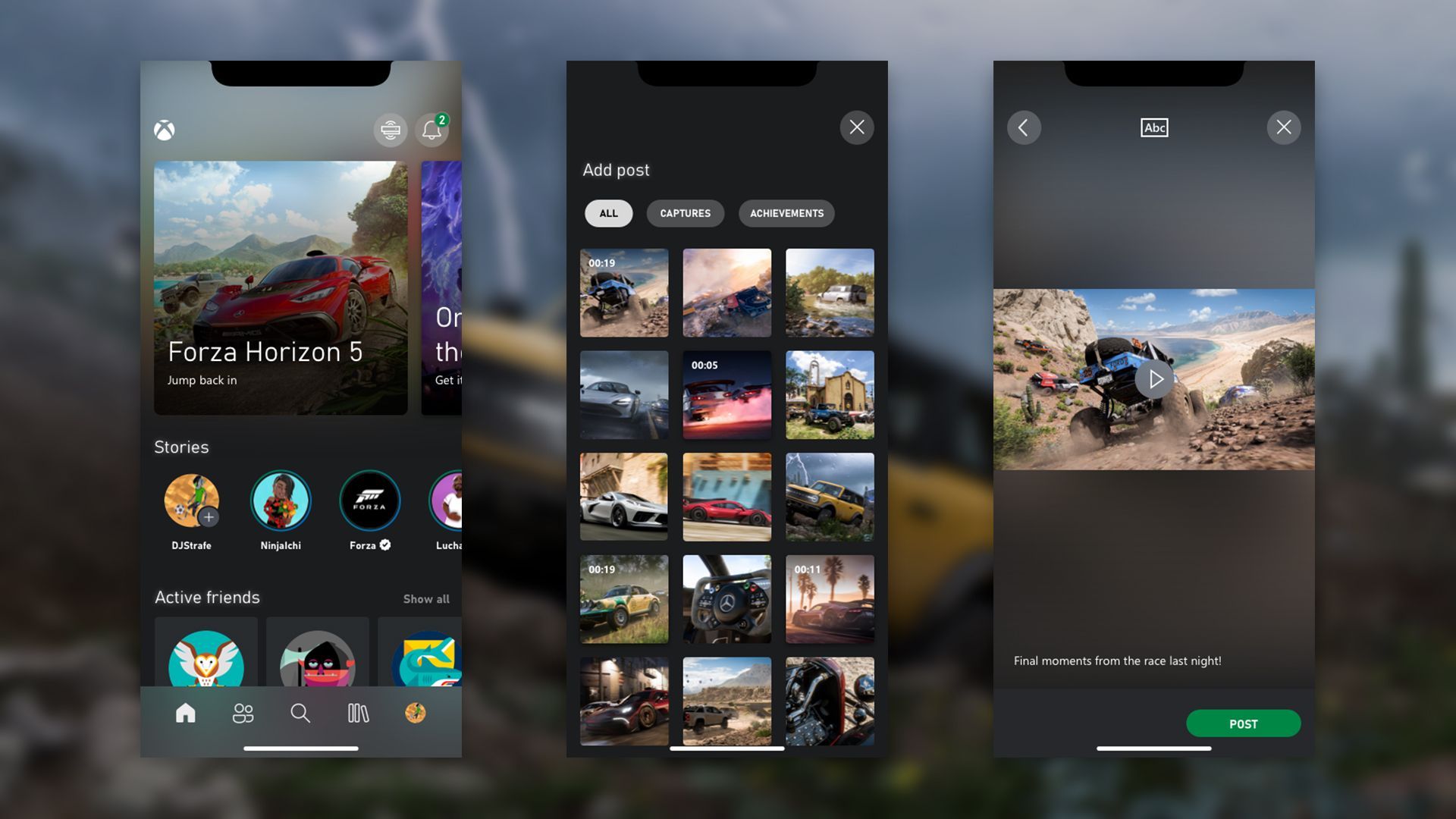 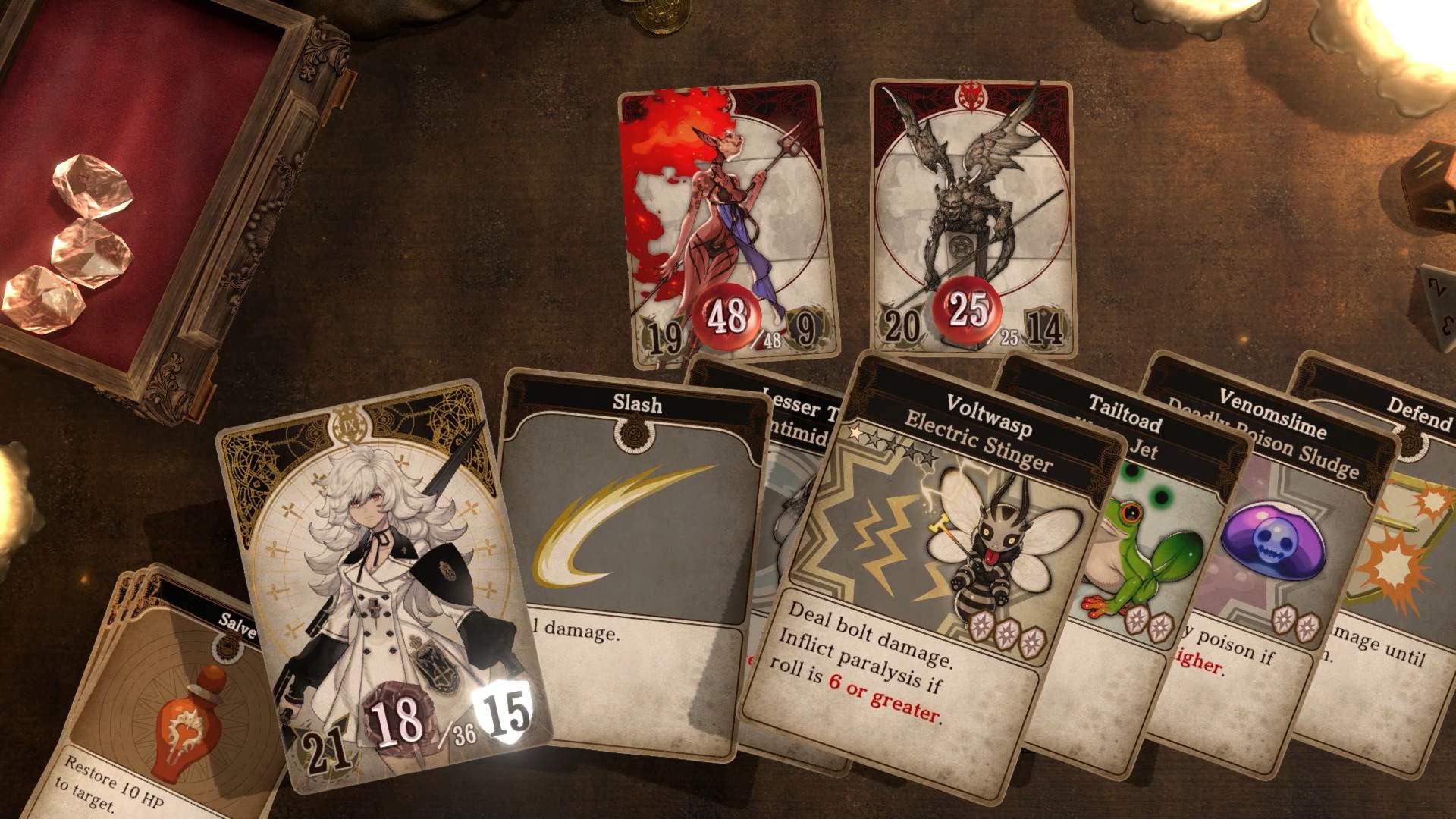