“I am that is. My sword shall wield for me.”

-The Prophecy of Martin the Warrior – Redwall

Over the course of 36 years, The Legend of Zelda series has been the gold standard in open-world, exploration-style action-adventure games. Many games and publishers have since attempted to put their own spin on the classic series. Indie developers, especially those in recent years, have been highly successful in producing unique takes on the Zelda formula. Such examples include Moonlighter, Minit, Hyper Light Drifter, and now Tunic.

Originally introduced as Secret Legend, Tunic is an isometric action-adventure game that is largely inspired by The Legend of Zelda. Created by Canadian indie developer Andrew Shouldice and published by Finji, Tunic tells the story of a young, anthropomorphic fox warrior who awakens on a mysterious island. Upon discovering a fennec-like entity imprisoned within a spiritual pocket dimension, the fox sets out with sword and shield in hand to recover three keys that may be able to free the spirit within.

Tunic has been in development for seven years and was first featured in 2017’s E3 show. In the following year, it was announced that the game would be released exclusively for PC and Xbox consoles and on Game Pass. The game was released on March 16, 2022. We at The Pixels would like to thank Finji for providing a review key for us to evaluate the game.

Visually, the game looks similar to the recent Link’s Awakening remake with adorable character models and animations. There are numerous environments to explore, which range from dark caverns to bright forests, ancient floating ruins and even abandoned atolls. The colour palettes for each area fit the aesthetic that the game is going for – dark browns and inky blacks for caves, softer tones for forests, deep, earthy shades for ruins and cathedrals and the like.

The gameplay also feels similar to that of The Legend of Zelda: Ocarina of Time. A reticule appears when near enemies or points of interest. Holding the LT button causes the warrior to shift his focus towards the reticule, similar to Z-Targeting. In this mode, the fox can strafe around his target. Players can switch targets by pressing and holding the LT button again. The LT Targeting mechanic also shifts the view from isometric to overhead. This gives players an opportunity to see pathways or treasures that would be otherwise hidden in the main view.

Item use in Tunic handles like a hybrid version of Ocarina of Time and the Game Boy version of Link’s Awakening. Players have three dedicated buttons for items. The fox’s main weapon can be assigned to one of the three item slots, similar to that of Link’s sword.

Control-wise, the fox plays similarly to Link from Ocarina of Time. The A button is used to either interact with objects or perform a dodge roll. Pressing and holding A while moving the control stick allows the little guy to break into a run – perfect for travelling vast distances in a short amount of time. RT raises his shield to block incoming attacks at a cost of stamina. Double-tapping RT performs a slow, but powerful parry move. Once he finds the sword, the fox can perform a three-hit combo and a secret, stabbing move used while rolling forward.

Over the course of his journey, the little fox can power himself up by offering certain items and money to idol statues.

Speaking of items, the little warrior has plenty of things to use on his journey. Along with his sword and shield, he can also use three types of bombs – firecrackers, napalms and ice bombs. He can consume berries to replenish health and magic. There are also special tiles that grant certain passive bonuses, like health drops or gaining increased defence when in peril.

In terms of magic, so far, I’ve used three. The first is a rod that launches magic beams from a distance, great for staying out of attacking range and for hitting distant switches. The second is the Magic Orb, a grapple that can pull enemies towards the player and the player towards fixed grapple points. It’s not unlike the Hookshot from the Zelda series. The third is a gun with a scattershot effect. Though it takes up a ton of magic, it’s effective at mowing down crowds.

The fox also uses flasks to replenish health where required. Players start out with none, but they increase that count by either finding them in chests, purchasing them in the Town Ruins shop or by finding three flask shards in treasure chests.

Pressing LB opens the submenu where players can equip items. Note that the game doesn’t pause while in the menu, so it’s best to be in a safe location when swapping gear.

Other things that set Tunic apart from other Zelda-inspired games are the isometric viewpoint, the challenging combat and its depth. With regards first to depth, the game slowly and cleverly reveals itself through the use of instruction booklet pages. As you find more pages, players get a better understanding of what the stakes are in the game, along with detailed maps and even hints and secrets written in the margins! And while the majority of pages are indecipherable, enough is shown to get a gist of what’s going on in the game itself. The manual also reveals additional actions that the little fox can perform, which then opens the game up in terms of exploration.

The combat is deceptively simple, but requires quite a bit of strategy and sometimes luck to pull through. Enemies telegraph their moves and give plenty of time to react. Our plucky hero can be hurt big time if one is too slow on the draw. In addition, your health and stamina also factor into how successful players are in combat. This is more or less spelled out in the manual in several instances.

Finally, the isometric view puts a fresh take on the Zelda-style exploration. Compared to the traditional top-down view, the isometric view adds depth and space to the land. What’s remarkable about utilizing this view is that it hides nooks, crannies and shortcuts almost in plain sight. From a top-down perspective, secret paths might look obvious, but in Tunic, they’ve cleverly sequestered them away thanks to the isometric view. It’s imperative, therefore, to take the time to search each wall, poke through each corner and investigate anything that looks suspicious. Chances are, one will be rewarded handsomely for their efforts.

Digging into the Depths

Story-wise, Tunic follows a familiar beat: Unlock a sealed temple and then find three keys to free a trapped spirit of some sort. However, as players progress through the game, they’ll find that things aren’t exactly as they appear. During my time with the game, I felt a strange sense of unease – like there was something going on behind the scenes, but I wasn’t sure what it was. There’s plenty of evidence of lost, ancient technology – like the large monoliths for example – and it made me wonder what happened to the civilization that lived on the land?

Tunic’s world reminds me greatly of Hyper Light Drifter. Not much is revealed through dialogue or even through written work, but the lore surrounding the worlds of each respective game is revealed to the player visually. This type of visual storytelling is captivating and invites players to enter the world and uncover the mysteries that exist within.

One of the strongest points of Tunic is its sound design and music. The game’s sound design was done by Power Up Audio, a Vancouver-based team responsible for the sound design of games like Celeste and Darkest Dungeon. Lifeformed created the soundtrack. The combined efforts result in a mellow and relaxing audio accompaniment to the vast world within the game.

I’ll admit, I haven’t finished the whole game at the time of writing this review. Estimates to beat the game average between 15 and 20 hours, making this a mid-sized title. However, I’ve played enough to admit that Tunic has become an immediate favourite of mine. It’s an instant classic and a game that every fan of Zelda and Zelda-esque games should play.

Ryan Cheddi – our friendly, neighbourhood caffeine addict – is a man of many talents: an engineer, a gaming historian, a fiction writer and a streamer. He is also a self-avowed Sonic the Hedgehog fan. You can check out his cool beans at his site – Games with Coffee – or find him on Twitter as @GameswCoffee, and Instagram as @games_with_coffee. He streams on Twitch, also as GamesWithCoffee. 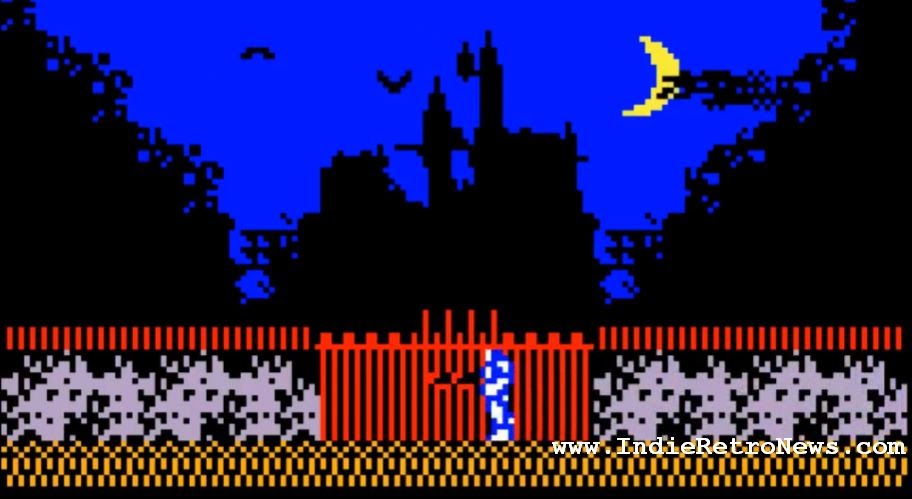 Indie Retro News: IntelliVania – Welcome to Castlevania for the Intellivision!