For those of you who enjoyed Badgerpunch Games previously released Cowboy themed C64 game of ‘Showdown’, you might like this latest news update. As thanks to the developer who tweeted the announcement just recently, we now know that ‘Showdown’ is coming to the Mega65! As in the words of the developer “GET READY for Showdown on the Mega65! We are working on a port of our 1-2 player action shooter for the Mega65. The big fancy GET READY uses Mega65 RRB technique for massive movable sprites”. 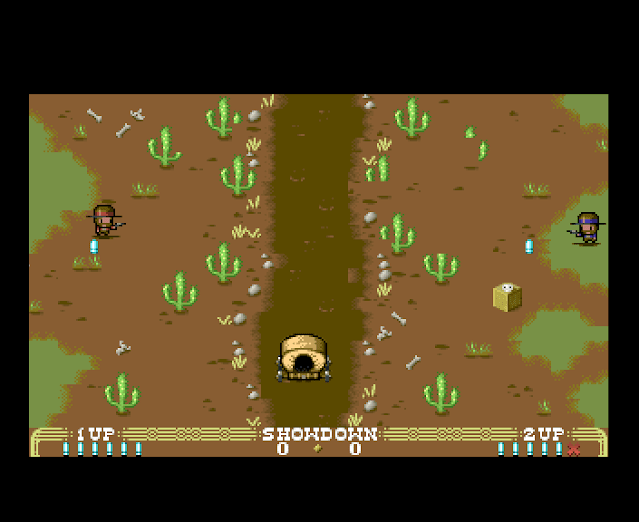 For those who haven’t heard of this game before, In Showdown you play a cowboy out to win a fierce gun duel. The first one to outwit and knock down the opponent 5 times is the winner of the duel. The game features a top notch soundtrack, quick draw gun shooting action, 1 or 2-player control, and finally is a cowboy themed game originally released for the Commodore 64, which is also inspired by a host of older titles with the same theme, going all the way back to Gun Fight from 1975.