Hitman 3’s ray tracing update is out, with the brilliant Io Interactive upgrading its hit title with ray traced reflections and shadows, along with Nvidia DLSS AI upscaling – but alas not AMD’s freshly minted FSR 2.0. Intel XeSS support is due further on down the line, but for now, it’s all about the RT upgrades, their astonishingly large hit to performance and the extent to which DLSS can mitigate that cost.


Getting right down to it, you are presented with two ray tracing options: ray traced reflections and ray traced shadows from the sun. These are binary selections – on/off – but ray traced reflections actually tie into the standard reflections quality setting, where the low to high settings there control the RT quality. First is the resolution of the reflections: moving from high to medium and then to low gradually reduces the amount of rays shot out used to calculate the reflection. Lower the quality softens them and introduces a touch of instability in motion, although it must be said medium usually looks very similar to high in this regard at native resolution output.


Then there is roughness cut-off – the extent to which RT is calculated according to the roughness of the surface. The rougher a surface, the less impactful an RT reflection will be, so introducing this cut-off is a good way to claw back some performance. The effect is subtle in Hitman 3, but the low setting makes it so that rougher surfaces do not get RT reflections, scaling as you move up to medium and high.


However, the largest difference between the settings is found in the amount of objects traced against, and in the complexity of those objects. On high, every single person and object in the scene is found in the RT reflections, while medium makes smart choices in reducing object count and density, producing a very similar effect overall. Meanwhile, as you would expect, the low settings sees many objects removed from the reflections, while reflected characters are of reduced fidelity.


For RT shadows, the impact is far more limited and it is indeed a straight binary on/off choice. Togging the effect on changes the closest sun shadows to the player into upgraded, ray traced equivalents. However, not every light source receives RT shadows – in fact, all artificial light shadows are accomplished via standard shadow maps, just like the normal game.


What this all means is that the screen-space reflections and fall-back cube maps used in the vanilla game get upgraded with more realistic ray traced alternatives – though the actual mirrors in the game are still delivered by render to texture on planar surfaces, effectively processing the scene twice – an effect that’s likely even more expensive than RT. The reason for doing this is to maintain the established art style and because these planar reflections can indeed be of a higher quality in some aspects.


In general, I would say that the RT reflections greatly aid the presentation in Hitman 3, adding a lot to many views in the game, especially indoors where they are mostly visible. They are not perfect though: they have imperfections of their own in terms of stability and the RT reflections themselves do aggressively utilise screen space information when they can, which usually works very well, but can sometimes lead to discontinuities. In spite of smaller issues like that, the RT reflections are always an upgrade over the previous reflection systems in those areas where they replace them.


However, RT shadows are less impactful on the game’s visuals. They do help the quality of sun shadows in the usual way you would expect, adding in penumbra so you get nice softening, even applying to vegetation which is not necessarily a given as that is expensive and complex in its own right. They also introduce razor-tight contact shadows to emphasise detail, which is nice though. However, the RT shadows are also of limited range: after a certain distance the RT shadows blend out and you instead see shadow maps in their place and unfortunately, those shadow maps are completely unfiltered looking rather rough in comparison.

This is a baffling decision as the normal shadow maps at a distance without RT are filtered – so there is a strange scenario where those shadows actually look better with RT off. At least the cost of using RT shadows is fairly limited in comparison to reflection – on an RTX 3080 at 1440p, the game benchmark suggests a hit to performance in the region of 34 percent, rising to 41 percent on an equivalent RX 6800 XT from AMD. However, there’s also a 30 percent hit to CPU performance too and as you’ll discover, RT generally has a huge impact to frame-rate on even the most powerful kit.


RT reflections are comparatively very heavy on the GPU, to the point where an RTX 3090 running the low setting at 4K sees 60 percent less performance on low, 67 percent to the worse on medium with a remarkable 72 percent hit at high. Going from nearly 4K at 120fps down to sub 60fps all the time is a tall order and as you’ll see in the video on this page, less capable cards at lower resolutions still have a mountain to climb in terms of getting decent performance, while the gulf between AMD and Nvidia hardware varies according to the RT load.


In the end for AMD RDNA 2 GPUs, I would really only recommend the low reflection setting for GPUs of RX 6800 XT and above… but even then, that decision is questionable as the hit to performance is still severe, while FSR 1.0 does not do a good enough job in upscaling to compensate and there is no FSR 2.0 option, for now at least. Really, I imagine most Radeon users will just opt for RT shadows which are much more cost effective on these GPUs. For Nvidia users, I recommend only RTX 3080-tier GPUs look at using RT reflections set to medium, while RTX 3070 tier GPUs opt for low reflections. Anything below this class of performance isn’t really at the races, and I’d suggest using the RT shadows option only. Oh, and by the way, per Io Interactive’s specs recommendations, I’d only suggest reflections used in concert with DLSS – yes, the hit really is that high.


Even factoring in those sobering recommendations, what needs to be stressed is that the RT implementation in Hitman 3 isn’t just heavy on the GPU, it’s extraordinarily impactful to CPU performance too, varying on a scene by scene basis. Effectively, the more complex the scene, the higher the hit to the CPU. If there are lots of NPCs or objects on-screen, CPU cost skyrockets. In a scene packed with objects and characters, many CPUs won’t be able to handle the required processing without frame drops even if the GPU with DLSS for example had enough juice to carry off the graphics calculations. Once again, I found that AMD GPU users came off worse here, with even higher CPU utilisation, as bizarre as that sounds. Due to the very high CPU requirements generally, it is hard to say how many people will realistically want to turn on RT reflections as even if your GPU has the power, maybe your CPU does not.

Another issue is that the DLSS implementation in Hitman 3 can be quite problematic. A static view starts showing off smearing over time – something I saw in Dying Light 2’s pre-release code (it was fixed by launch) and in Deathloop. On top of this, it seems like many characters in the mid to far distance cause smearing issues: almost as if the characters stop generating motion vectors at some point. In my opinion, this generally harms DLSS image quality even if other aspects of DLSS image quality are just fine.

DLSS performance mode also has some severe problems with noise in the ray traced reflections – on top of other stability problems I’ve never seen in other DLSS implementations. Balanced and quality modes are fine, but there’s definitely issues with the performance mode. All told, these problems limit DLSS’s effectiveness – and I’d hope to see all of this comprehensively addressed.


In summary, I have mixed reactions to Hitman’s ray tracing upgrade. I think the reflections are generally of a really high quality and I think it is commendable that Io has added in various quality tiers to at least mitigate some of the extreme performance cost. However, even with those quality tiers they remain expensive, posing profound challenges for even the most powerful CPUs and GPUs. RT shadows are less impressive and not so transformative, but at least they have more reasonable CPU and GPU performance costs. I imagine most people will opt to use these instead and see the reflection option as something best left for future PC hardware. 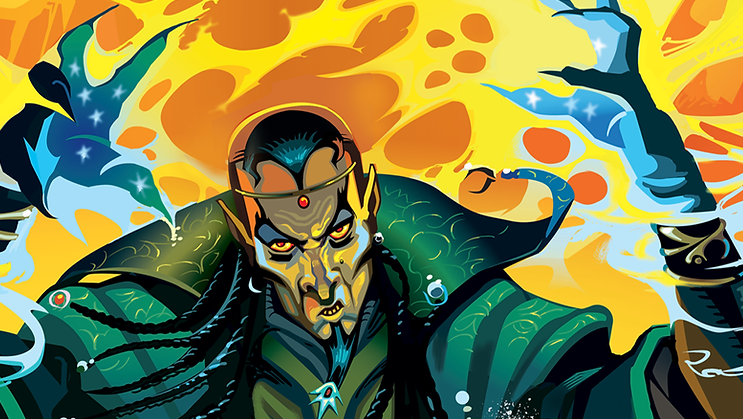