Despite being almost 15 years old, Team Fortress 2’s influence on the shooter genre continues. Specifically, it’s impressive at its age that its cast is still recognisable to a younger portion of gaming fans. It’s pretty wild, actually, that we all collectively know a game’s characters and personalities without having needed to play the game, right? My first introduction to Team Fortress 2 wasn’t through gameplay or through a friend’s recommendation, it was through its animated character shorts.

The Meet the Team shorts were one of the most influential forces in establishing the hero shooter genre. Before TF2, multiplayer shooters struggled to integrate lore or storytelling—you couldn’t exactly roll a cutscene in the middle of a round of de_dust.

These funny, well scripted, imaginative short clips are incredibly important to the evolution of modern FPS titles. Without them, we almost certainly wouldn’t have seen the boom of hero shooters and their knock-on effect influencing the characterisation of playable characters in games as a whole.

I played maybe one game of Team Fortress 2 ever. By the time I had gotten round to playing in 2018, it had been well-loved by players for over a decade. As a newbie it was hard to catch up. But previous to me trying the game out, I had seen gifs of its roster on Tumblr and Reddit. Curious as to where animations came from  I gave the game a Google and found the Meet the Team shorts and binged them all instantly.

I think that’s a relatable position for many “younger” people in the gaming space. Though I hadn’t played the game, I loved those shorts. The first time you see The Spy reveal himself is genuinely a shock, and the transition from his bloody tirade to his genuine little look of love for Scout’s mum is hilarious. The calm of The Engineer’s sip of beer, guitar melody, and quiet yet threatening monologue against the screams of his enemies is brilliant. I admired the mad science of The Medic and the confidence of The Scout. In a short few minutes, the animation and voice acting of these pieces told you exactly who these people were. And if you didn’t want to play the game, that’s fine you could just enjoy the craftsmanship on display.

Looking back, I barely knew a thing about Steam or PC gaming and the original shorts were pretty old when I found them. I was just nine when Meet the Heavy, Meet the Soldier, and Meet the Engineer were released but they were no less enjoyable years later. Their prominence and ability to give context to these fantastic, and frankly important (opens in new tab), characters became an essential part of releasing a hero shooter at all.

Cinematics are now almost expected when releasing a hero shooter. Yes gameplay should be good, servers stable, and anti-cheat effective (something TF2 continues to wrangle with its bot infestation (opens in new tab)). But for people to want to know more about the fighters they’re playing, want their merch, cosplay, and buy into the culture of the game depends on material that expands the context and history of these characters—Valve went so far to produce a series of comic books. On the website (opens in new tab) it even confesses that “TF2 didn’t start with a lot of story. There wasn’t room for one.” Instead the team has expanded the lore around the characters with absurd stories wherein blood transfusions are as easy as pouring a bucket of blood into a chest cavity for example. They’re fun, you should give them a read.

Overwatch is still my hero shooter of choice. And I’ve been able to convince friends that it’s good by showing them the incredible animations that fleshed out Mei, Pharah, or Reaper. Who can forget the rivalry of Widowmaker and Tracer as they battled across London’s rooftops. Or the stoic expression of Hanzo as he struggles with his family legacy and personal regrets. Bastion’s friendship with a tiny little bird or Winston’s call to reform Overwatch?

These shorts established loyalties, maps, locations, new characters, and connected the players to the game and its world. Nevermind that the actual gameplay makes no narrative sense as you might be coming up against a carbon copy version of yourself, what mattered was that all these shorts moulded a universe you were invested in. Blizzard has a dedicated cinematics department that works across all of its games so similar high-quality movies can be seen revealing Diablo 4 (opens in new tab) or showing of a new World of Warcraft (opens in new tab) expansion. They’re a strong point in Blizzard’s armour, it always makes games look good if nothing else.

These animations are so important to the lore of the game that Cassidy’s (formerly known as McCree) short Reunion revealed hero Echo without her abilities or visuals fully formed by developers. The team did not know how she was going to play before it released a first look at the robot. That’s how important these animations are. They led the game’s development.

And it’s not just Overwatch

Overwatch isn’t the only one who’s done this. Rainbow Six Siege has also turned out some dark yet gorgeous short introductions (opens in new tab) to characters that play when you unlock them in-game. Tonally very different to Overwatch and TF2’s, but contextual cinematics to give you a reason that these characters are who they are. As Siege is still in development we still see character shorts as new faces arrive on the scene, weaving a somewhat odd fiction where the world’s most capable tactical experts compete at breaching and clearing inside a big football arena (opens in new tab).

Valorant, a more recent example, also produces cinematics (opens in new tab)and the added Riot Games flair of music videos (opens in new tab). Valorant’s gameplay in particular limits the amount of expression the characters can have in comparison to Overwatch or TF2. All Valorant characters have to be the same size and use the same movement to create a level playing field. So it’s voicelines and these shorts that manage to give them any real personality.

Though the success of a hero shooter doesn’t depend entirely on shorts, it’s quite interesting that some of the failed hero shooters I can think of didn’t have shorts or didn’t make use of them well. I quite liked Crucible, for example, Amazon Games’ attempt at a MOBA-shooter hybrid, but for its short life any information about its characters was tucked away in written logs.

Battleborn opened with an awesome stylised fight scene as an original introduction to some of its characters. This, however, was focused on their abilities rather than a sign of who these people were. It’s one massive action scene. Maybe more animation exploring its roster would have helped attract more players.

Ninja Theory actually released four character shorts for its Bleeding Edge roster but they’re strangely shrouded in darkness. Introductions to Buttercup, Daemon, Níðhöggr, and Kulev are at odds with the game’s other marketing which went for bombastic, colourful, and comedic. The shorts are more like found-footage videos with darkened environments for all but Buttercup’s. Daemon’s short shows just the shadowy outline of his demonic mask, before he kills a bunch of guards effortlessly. But when you actually look at the character model he’s dressed in all the colours of the rainbow—it’s kind of a weird juxtaposition. It’s worth noting Bleeding Edge’s shorts only have 9-13 thousand views each.

Perhaps hero shorts aren’t in themselves cause for success but a sign of a game’s production going well. Developers need to have a solid grasp of its characters, ample funding, extra animators, and plenty of time to be able to produce something to go alongside the main product. Having the luxury of character shorts may just show us that the studio is incredibly dedicated to the product’s success and longevity and has the money to back that product up. You need players to want to know more about your roster, buy their merch, sit in D.Va chairs on stream (that’s a self-burn, I have one of those), and cosplay your heroes.

And at the centre of all of that is Team Fortress 2. It formed the hero shooter as we know it with the Meet the Team shorts. They’re the basis for the genre’s success in making us all care about a game’s classes even when gameplay can’t deliver that emotional connection. So thanks Valve, for making Meet the Team so hilarious and engaging. Actually it wouldn’t do any harm to just watch them all again right now, would it? Let’s just call it research. 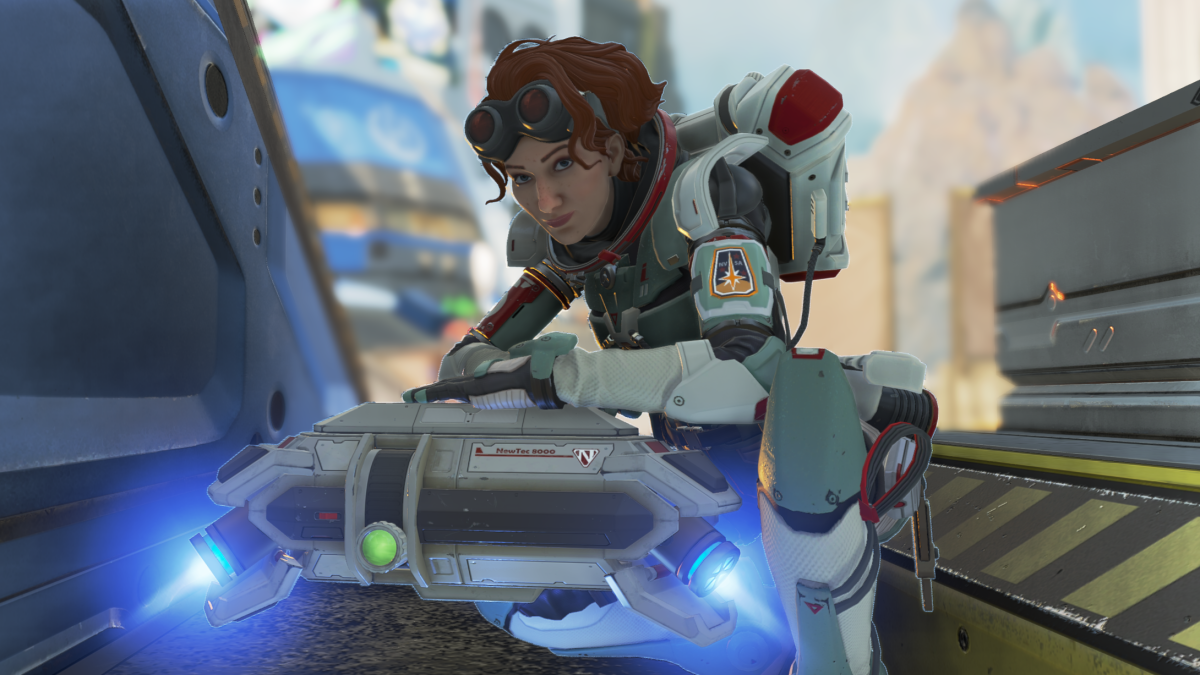 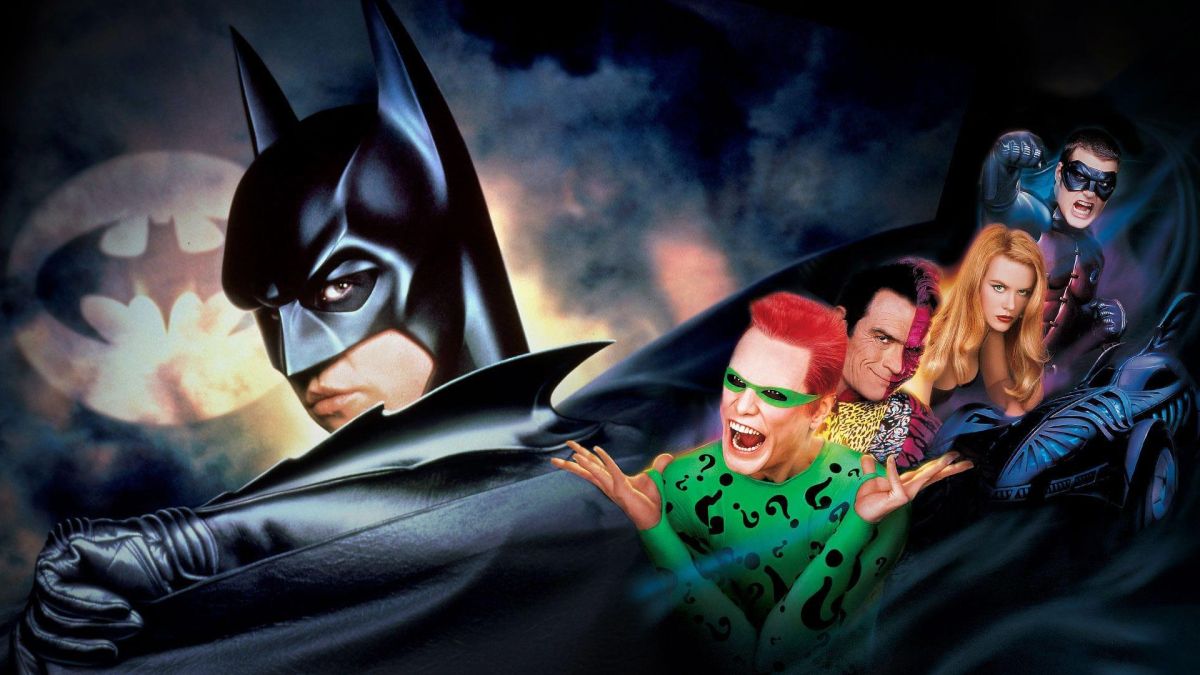