Greetings, adventurers! The Destroyer of Ynix is upon us! Drakania, the descendant of Markthanan, has finally made her way to Black Desert as its 24th class. Here’s what we know so far.

Drakania, the Descendant of the Night Dragon Markthanan, is powerful and ruthless. Like her Guardian counterpart, Drakania also has ties with her dragon ancestry and has fought with all her dragon rage to survive. As opposed to the powerful physique of Guardian, Drakania has a more delicate figure, donning finely metal-plated armor with chains to represent the tough and sharp features of her dragon heritage.

In addition, the visual effects and lights that flow through her armor and weapons during combat simulate fire traveling through the body of a dragon before being released out of its mouth, giving Drakania an extra fiery touch to her overall design.

Drakania’s Slayer is a two-handed greatsword that excels in close combat. While Black Desert has another greatsword-wielding class – Warrior – Drakania sets herself apart using a much slimmer blade based on a Zweihander or Flamberge.

Drakania uses a unique sub-weapon called the Shard! This Shard is her Slayer’s “heart” and can instantly be detached to attack enemies. While the Slayer is used for heavier, more devastating attacks, the Shard provides Drakania with quicker attacks that recharge her “Ion.” Ion is Drakania’s unique resource, which she stockpiles in her Slayer. While attacking with the Shard, Drakania charges up Ion – and when the Shard is returned to the Slayer, Drakania has access to much more devastating attacks!

Drakania’s passive ability is “Markthanan’s Heart”, which activates when her HP drops to 50% or lower. This passive allows Drakania to restore her own HP when performing attacks that generate Ion energy.

Drakania brings a unique take to the greatsword combat style by combining quick blows to gather energy and heavy-hitting attacks at full charge. On top of this, her passive allows her to stay in the fight and provide utility to her allies while destroying her enemies. We can’t wait to see how you all enjoy the Destroyer of Ynix!

Drakania joins the adventure along with the start of a new Season on May 25. 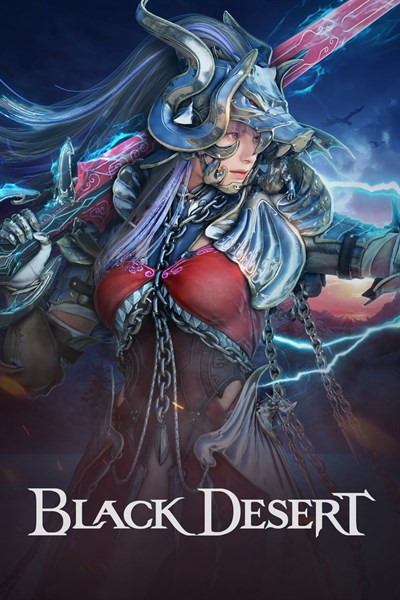 Black Desert is a living-world MMORPG. Experience fast-paced, action-packed combat, hunt monsters and huge bosses, fight with friends in a guild to siege nodes and region castles, train your life skills such as fishing, trading, crafting, cooking, and much more!
Players will enjoy jaw-dropping graphics,
intuitive skill-based combat, and an immersive story encased in our expansive
world that’s just waiting to be explored. Accompanied by a Black Spirit, a
companion whose destiny is intertwined with their own, players will discover
the secret of the Black Stones and the history of their corrupting effects.

In a medieval fantasy setting, the game
chronicles a conflict between two rival nations, the Republic of Calpheon and
the Kingdom of Valencia. With a battle based on achievements and personal
qualifications, Black Desert gives full control to players that can directly
aim, escape and make numerous different skill combinations.