May’s Monster Hunter Rise: Sunbreak Digital Event gave us a good look into what to expect for the upcoming paid expansion. The 16-minute-long presentation showcased some of Sunbreak’s new areas, debut monsters, and gameplay tweaks. We also saw variations on well-known monsters that fans can encounter in the fresh experience. And while this gave us a lot to chew on, we couldn’t wait to explore all the new changes ourselves. We recently sat down with Sunbreak’s team and got a hands-on preview of the expansion, which featured two different quests, a peek at unique locales, characters, and, of course, monsters.

My adventure begins in Elgado Outpost, a location filled with European-inspired architecture, which Director Yoshitake Suzuki describes as a “former fortress that is now being used as an outpost for the hunters and the organizations that you’ll meet in the game.” Being an early build of a work still in progress, the preview’s visuals were perhaps not as polished as the final result. However, the town’s various Western influences swirl together to give it a lively personality. The new outpost doesn’t step entirely away from Rise’s design, though, as residents of Kamura Village leave their own mark on the settlement.

One of the first things we are encouraged to do is stop by Elgado’s thriving, prominently located pop-up eatery. The dango selling shop is a new franchise opportunity brought to the outpost by the Kamura Tea Shop’s purveyors. It offers hungry hunters all the necessary stat-boosting treats one could need before going out monster-slaying. Monster Hunter’s cooking cinematics have always brought a smile to my face. Though Elgado’s scene doesn’t vary wildly from its Kamuran counterpart, the antics still fortified me, like the tasty dango, for the difficult challenge ahead.

Sunbreak’s cover monster is Malzeno, an Elder Dragon whose design borrows heavily from Vampire lore. And while I didn’t get to go up against this life-draining horror, my first monstrous opponent still managed to send a chill down my spine. Unfortunately, I strike out for the quest out of order, which places me some ways away from my teammates in this multiplayer hunt. I have to hoof it – with the help of my well-armored Palamute buddy – all the way across the Citadel map, but this gives me a little time to explore the mountainous scenery and new gameplay improvements. 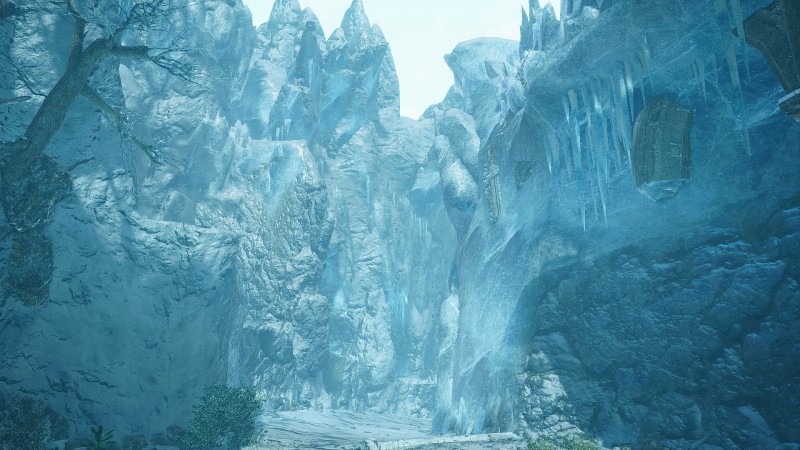 First, wall running is even more fun than ever without having to burn a Wirebug that I could save for combat. The various environments I encounter during my time with the expansion focus on verticality, giving players a chance to enjoy the freer traversal and providing them interesting ways to approach a hunt.

Making my way to the rest of my group with the help of my swift canyne companion, I discover a cave – the entrance glitters with frost, announcing the identity of the creature inside. “The other monsters in Sunbreak also have varied themes and motifs that take a lot of inspiration from Western mythology and monster imagery,” Suzuki explains. “And so, in Lunagaron, what you’re seeing is kind of the Werewolf/Wolfman motif.” 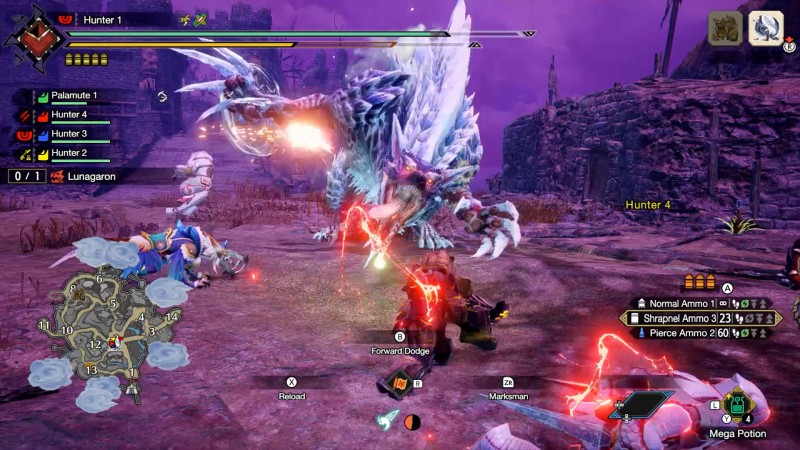 In the demo, its frost-tipped body easily blocks many of my party’s best hits, and the sharp lupine claws are capable of cutting a hunter’s quest short in one direct hit. Though no easy task, the group overcomes the beast, thanks in part to the ability to Switch Skill Swap mid-encounter. This gave each member access to two totally different groups of Wirebug attacks without having to return to camp. I opt to set up two completely different skill sets, giving me access to every trick in the book. Swapping is seamless, especially as I can toggle between skill loadouts while evading, which is great for fast-paced action.

I have little time to bask in the group-earned victory as I am directed to start a Follower Quest, which is single-player only. This quest mixes a little bit of the familiar with Sunbreak’s new content as my ultimate goal is to take on Seregios, the flagship monster of Monster Hunter 4 Ultimate. I encounter the flying wyvern in the  Sandy Plains – a stark contrast to the frost-bitten cavern of my first quest. Time has not dulled Seregios’ razor-like talons, and the monster’s diving attack, often performed back-to-back, can decimate the unwary. Both diving for cover or using a Wirebug to launch out of the way help to escape the deadly divebomb. However, the creature’s lacerating, projectile-like scales are trickier to avoid. I get the bleeding effect from one of the devastating assaults, which leeches life from me whenever I move to avoid lethal attacks or try to damage the beast. 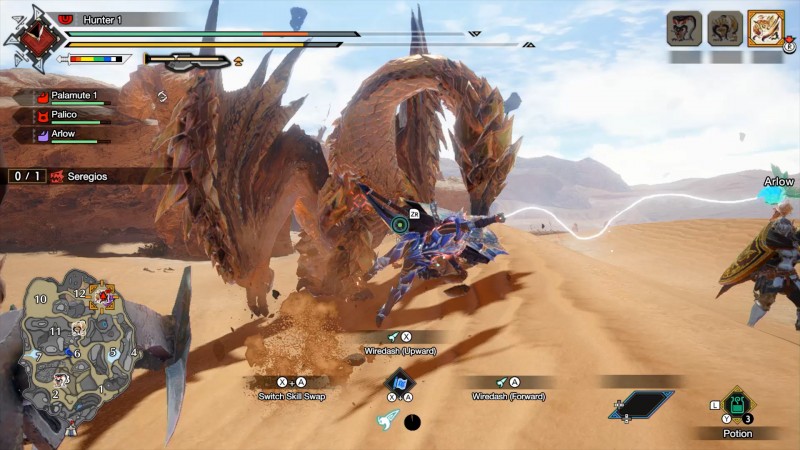 Thankfully, I wasn’t facing the might of Seregios all alone. My Follower on this hunt turns out to be Master Arlow. Specializing in the Gunlance, the hunting tactics instructor puts his skills to good use on my hunt for the flying foe. Though I wish he would be a little quicker on providing much-needed healing, he set traps for the creature and inflicts a ton of helpful damage. This was especially true the few times he rides in on another beast, attacking the Seregios with his newly subdued mount. In one particularly zealous display of beast-riding, Master Arlow rudely jumps atop a creature I’m preparing to ride. It is critically helpful to have a mighty creature to take into battle, even if my Follower steals it from me. However, this doesn’t guarantee success against the formidable monster. It is hard enough to keep myself from fainting during the tough hunt, so I was glad to know if Arlow fell to Seregios’ talons, it wouldn’t cause me to fail the mission.

The “massive” expansion is coming to Switch and PC later this month, so fans don’t have much longer to wait until they can check the new content out for themselves. If you haven’t jumped into the series’ most recent entry, keep in mind that you’ll need to pick up Monster Hunter Rise to play Sunbreak. You can buy the DLC on its own for $29.99 or the bundle that includes both the DLC and base game for $69.99 when Monster Hunter Rise: Sunbreak launches June 30. 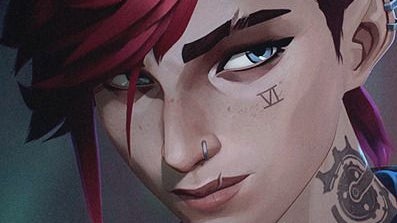 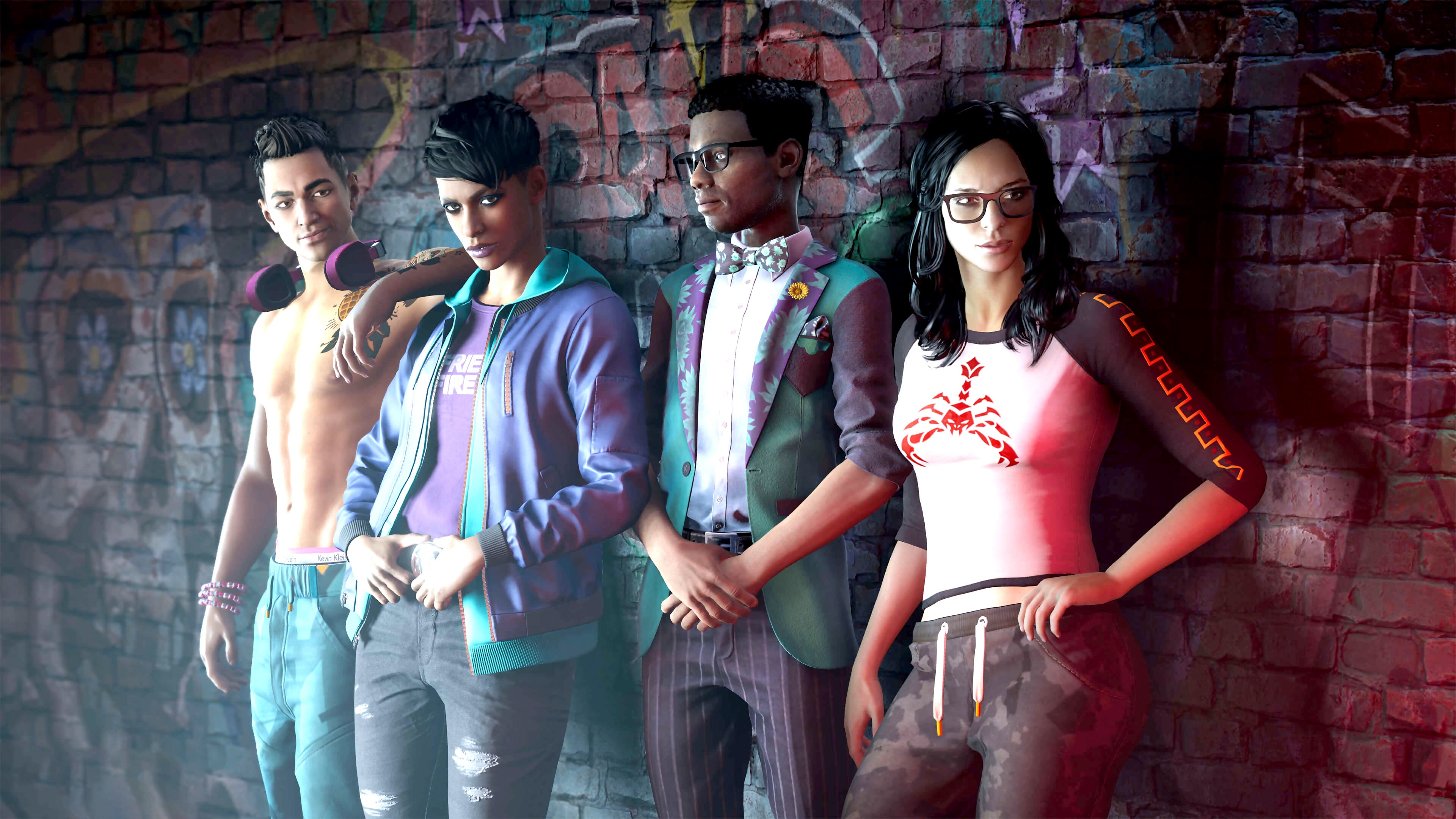 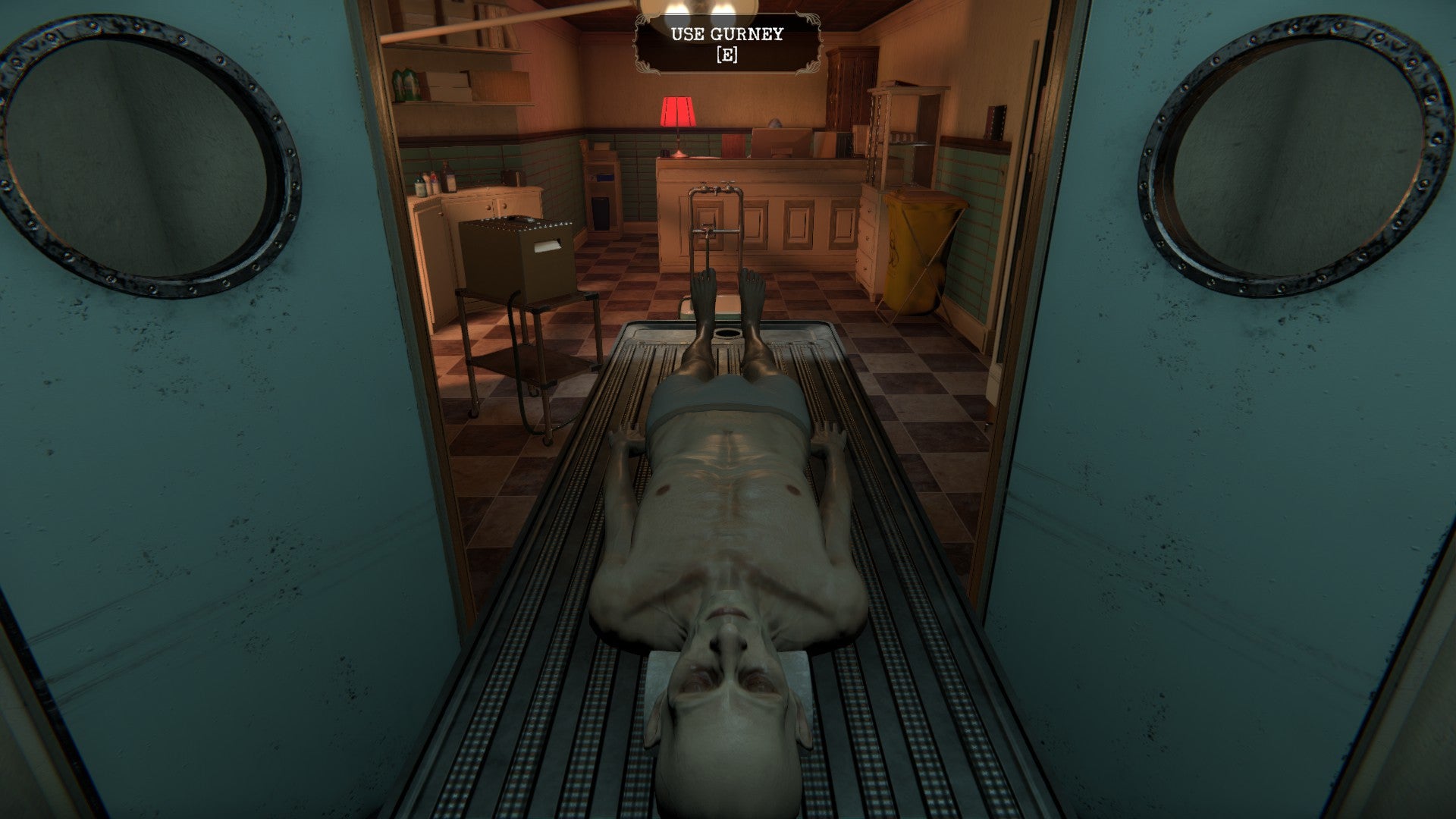 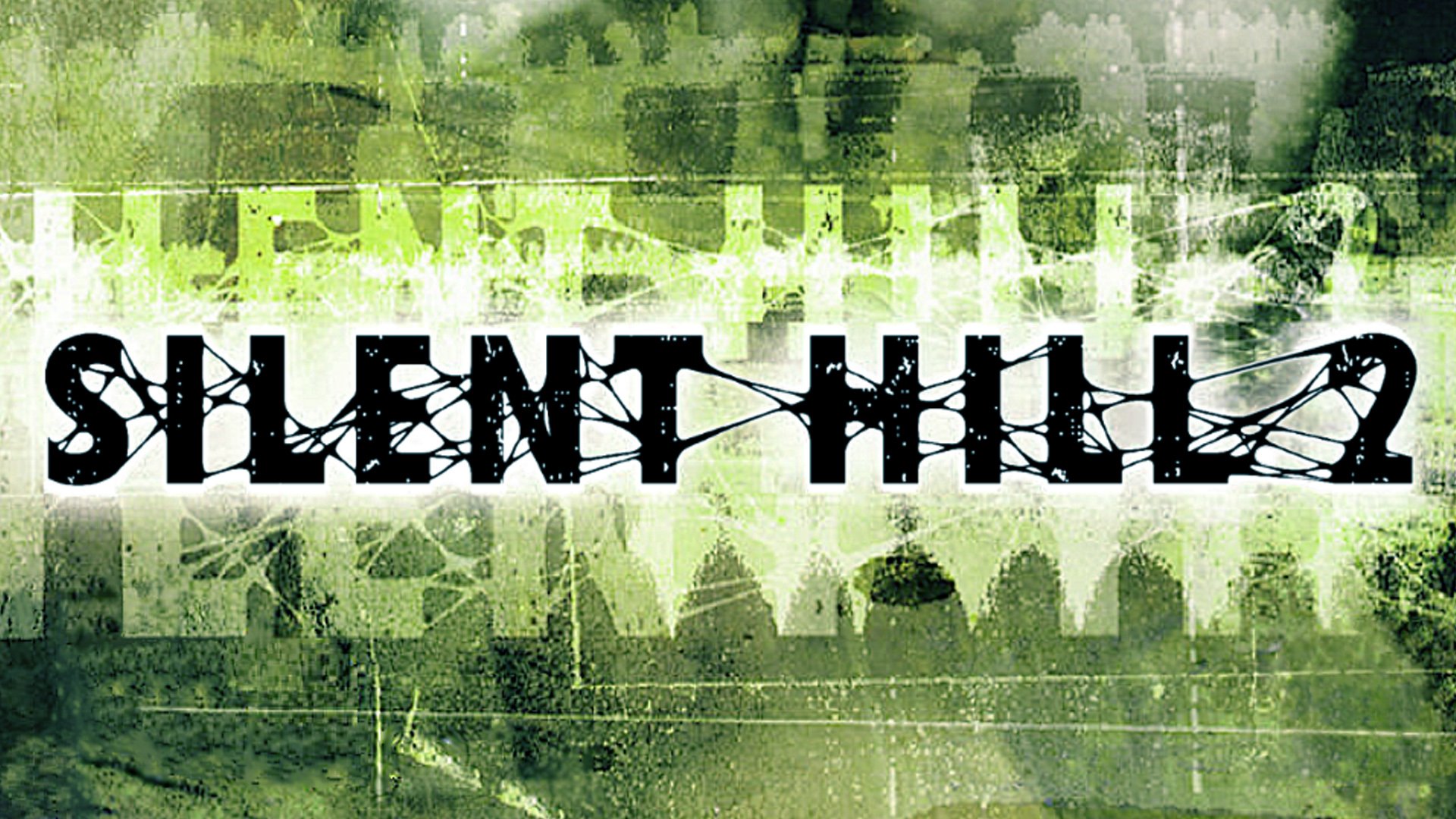